BCC/Totaljobs:?More than a third of businesses attempted to recruit in Q3 2020, but business conditi

Results from the British Chambers of Commerce Quarterly Recruitment Outlook (QRO), in partnership with Totaljobs, found that the number of firms attempting to recruit in the third quarter had increased on the previous one, albeit from historic lows.

The survey, carried out in August and September ahead of the resurgence of Coronavirus cases and the imposition of new, national restrictions, found that:
·         37% of firms attempted to recruit in Q3, higher than the historic low in Q2 (25%) but still below pre-Covid levels (55% in Q1)
·         Businesses within the construction (48%) and transport/distribution (44%) sectors were among the most likely to recruit. Hotels and catering firms (30%) were the least likely to recruit
·         Looking ahead, 62% of firms expect no change to the size of their workforce in the coming three months, while fewer firms (19%) said they anticipate decreasing the size of their workforce, compared to 29% in Q2

The leading business organisation’s landmark survey, which serves as a barometer of the UK labour market, received 6,400 responses comprised predominantly of SMEs employing fewer than 250 employees, and is the largest of its kind in the UK.  Fieldwork was carried out before the introduction of the Job Support Scheme and other interventions.

The survey follows the BCC’s latest Quarterly Economic Survey, which found that business conditions remained weak in the third quarter, despite much of the economy reopening.

Construction and logistics among the industries seeing growth in vacancies
Overall, Totaljobs saw 69% more job advertisements on its website in Q3 compared to Q2, and a 27% month-on month increase in the number of jobs advertised in September compared to August. Following a sharp decline in the number of jobs advertised in late March and April, vacancies on Totaljobs’ website are now at 68% of the level they were before the pandemic struck.

·         There was a 45% increase in jobs advertised in the logistics sector in September compared to August, which made September the most active month for employers since November 2019.

·         The number of manufacturing and production roles advertised in Q3 increased by 86%, compared to Q2 – including a 31% month on month increase in September compared to August.

Commenting on the results, BCC Director General Adam Marshall said:
“Our results continue to highlight big shifts in the UK labour market as a result of the pandemic. Despite some gains compared to the historic plunge in recruitment in the Spring, we are still a long way from the healthy jobs market we saw prior to the Covid crisis.

“Given the scale of the challenge, it is vital that business and government work together on re-training and re-skilling the UK workforce. Governments across the UK will have to make sustained investments in retraining schemes for people of all ages to help them stay in and progress in the job market. The Kickstart Scheme, where Chambers are already working hard to connect local employers with young people, and the Lifetime Skills Guarantee are two pieces of a very big jigsaw.

“The temporary extension of the Job Retention Scheme in line with a new national lockdown will bring short-term relief to many firms, although much more clarity is needed from the government to ensure businesses can plan and are not left to guess from one month to the next. Chambers of Commerce will continue to work with the Treasury to ensure that support is commensurate with restrictions and helps firms endure further periods of extended closure.”

Totaljobs CEO Jon Wilson said:
“While we’ve seen increased activity on Totaljobs from businesses actively recruiting, the Q3 QRO data highlights how the impact of the Covid-19 pandemic has been vastly different across industries and business sizes. It’s positive to see numbers moving in the right direction for the many SMEs that contributed to this research. However, it’s no surprise that the UK market is yet to close the gap created by the pandemic – and with renewed restrictions this winter, clearly we’re not out of the woods yet.

“Long term success will come from a tailored approach that suits the unique needs of different business sizes, industries and demographics across the country. While government support is welcomed, a one-size-fits-all approach isn’t the solution businesses, workers and jobseekers need when looking to the future.

“Skills development and training are in sharp focus with the launch of the Lifetime Skills Guarantee set for April 2021. Time is of the essence, and government collaboration and communication with employers will be essential to boost business growth, better secure livelihoods and create jobs.” 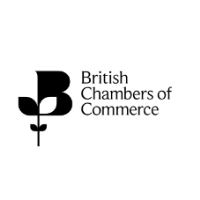